At the foot of Mexico lies the tiny country of Belize – home to only 374,000 people and the only Central American country that counts English as an official language. Belize is home to a rich Mayan history, stunning beaches and a strong Caribbean vibe.
At one time, as many as a million Mayans lived here, so there’s no shortage of temples and sites to explore. Belize has a staggering number of Mayan ruins. One of the most spectacular is the stunning Actun Tunichil Muknal (ATM) Cave which is ranked by National Geographic Society as one of the top ten caves in the world.
This small country has biodiversity! Spend time in the lush jungle in an Eco Lodge where you’ll hear (oh you’ll hear them) Howler monkeys! The country’s flora boasts more than 250 varieties of orchids and birders will glass local and migratory birds from North and South America.
Another huge reason to visit Belize is the beach life. Ambergris Caye and Caye Caulker are only a 15-minute plane ride from Belize City. A 25-minute flight takes you to Placencia on the Placencia Penninsula along the south coast. Like the Islands the pace is mellow and flip-flops are the style.
Belize is a foodies paradise. From the yummy little meat pies (sold from a roadside cooler) to small bungalow resorts and eateries Belize attracts fabulous chefs. And the local beer, Belikin is always served icy cold.
If you’re a diver or an avid snorkeller a must-see is the famous Blue Hole. This underwater mecca was ranked by Discovery Channel as number one on its list of The 10 Most Amazing Places on Earth. 70 kilometers each way makes for a REALLY long day but with the number 1 distinction on planet earth, it’s well worth it. 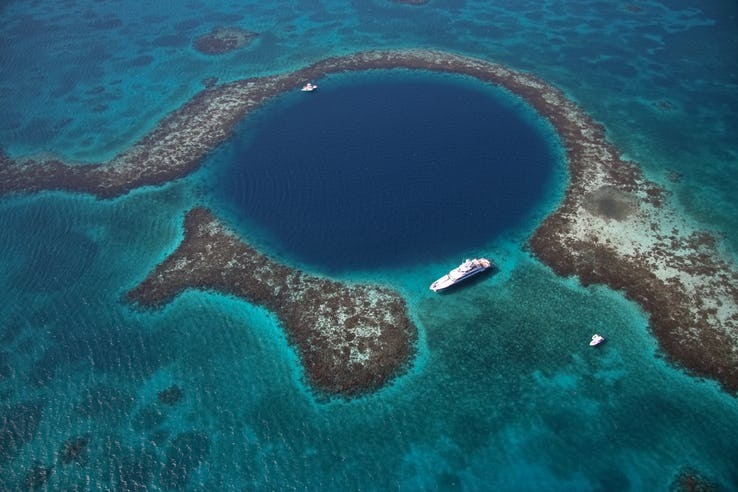 When a small country beckons with jungle and rainforest, history, turquoise waters, and really yummy food how could I resist Belize being my March Staff Pick!

Start your trip to

Staying at home has not just amplified our need to travel... more

Cruise the Dalmatian Coast while indulging in stunning sc... more

One Week in India

From the honking horns of Delhi’s rickshaws, to the glist... more

Travel across wild India on this trailblazing 23-day adve... more