As the sun peeks above the horizon in Agra, the white marble of the iconic Taj Mahal is bathed in a golden glow and you are left to marvel at the grandeur of this ancient monument.

You’ll experience this impressive monument to the Mughal Queen Mumtaz Mahal on a private guided tour. Learn the construction secrets of this wonder of the world that was built between 1565-1571 and hear the stories of profound love Emperor Shah Jahan had for his departed queen. You’ll also explore the ancient architecture of Old Delhi and the labyrinth of ancient buildings at World Heritage-listed Humayun’s tomb. In the walled city of Jaipur, and hear the ancient whispers in the breeze at the ghost city of Fatehpur Sikri, built during the second half of the 16th century by Emperor Akbar as the capital of the Mughal Empire.

From Indian artwork that dates back to 1193 to Mughal architecture from the Slave Dynasty of 1268-1287, this trip provides a rare window into the rich centuries of Indian history and tells the stories of its most renowned leaders. Your luxury accommodation ranges from city-center chic to boutique beauty and reflects the refinement, sophistication and attention to detail of the ancient Indian monuments that punctuate your experience.

Enjoy a personalized vacation that best suits your needs, developed by one of our experienced destination experts. Relax during your trip with our 24/7 support and expert local guidance. 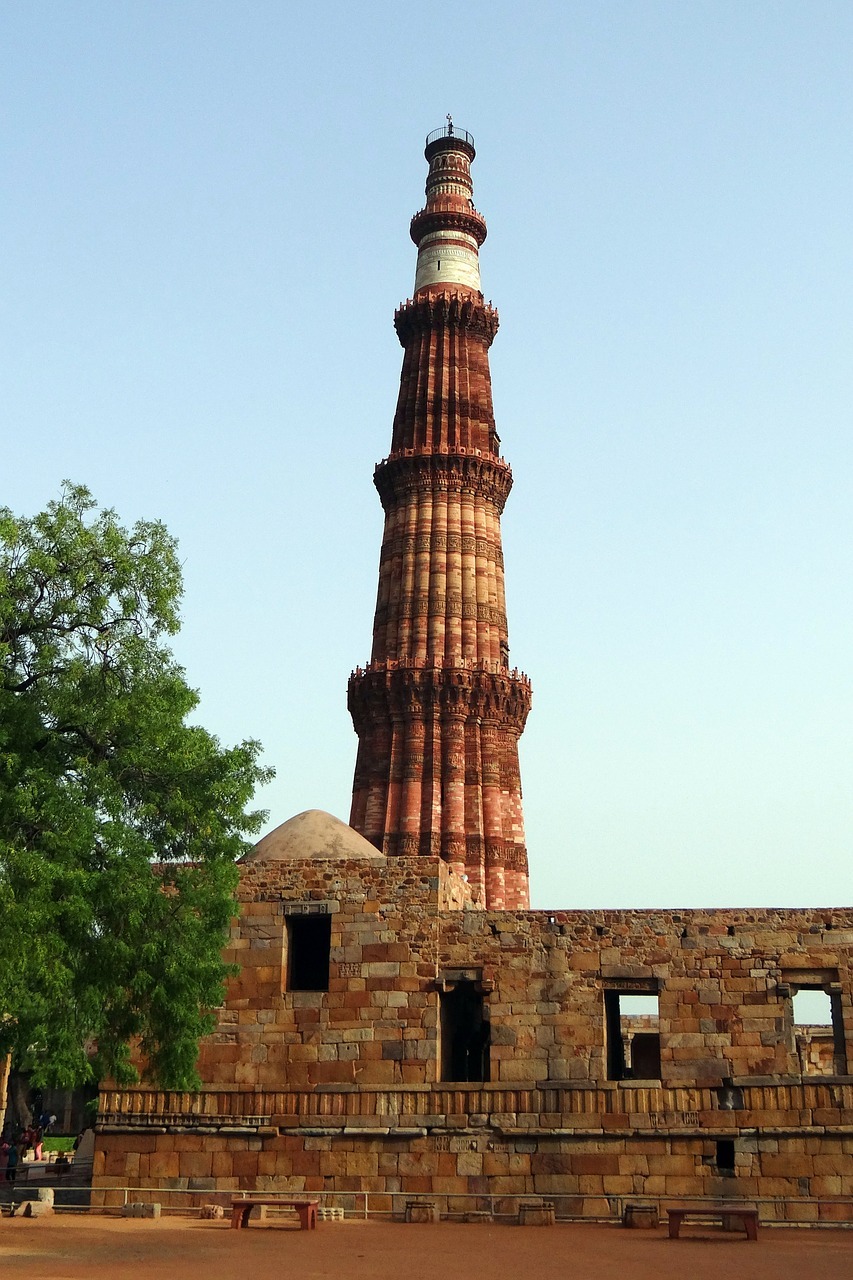 Relax and enjoy an airport transfer in a private vehicle, with driver, and English-speaking assistant. 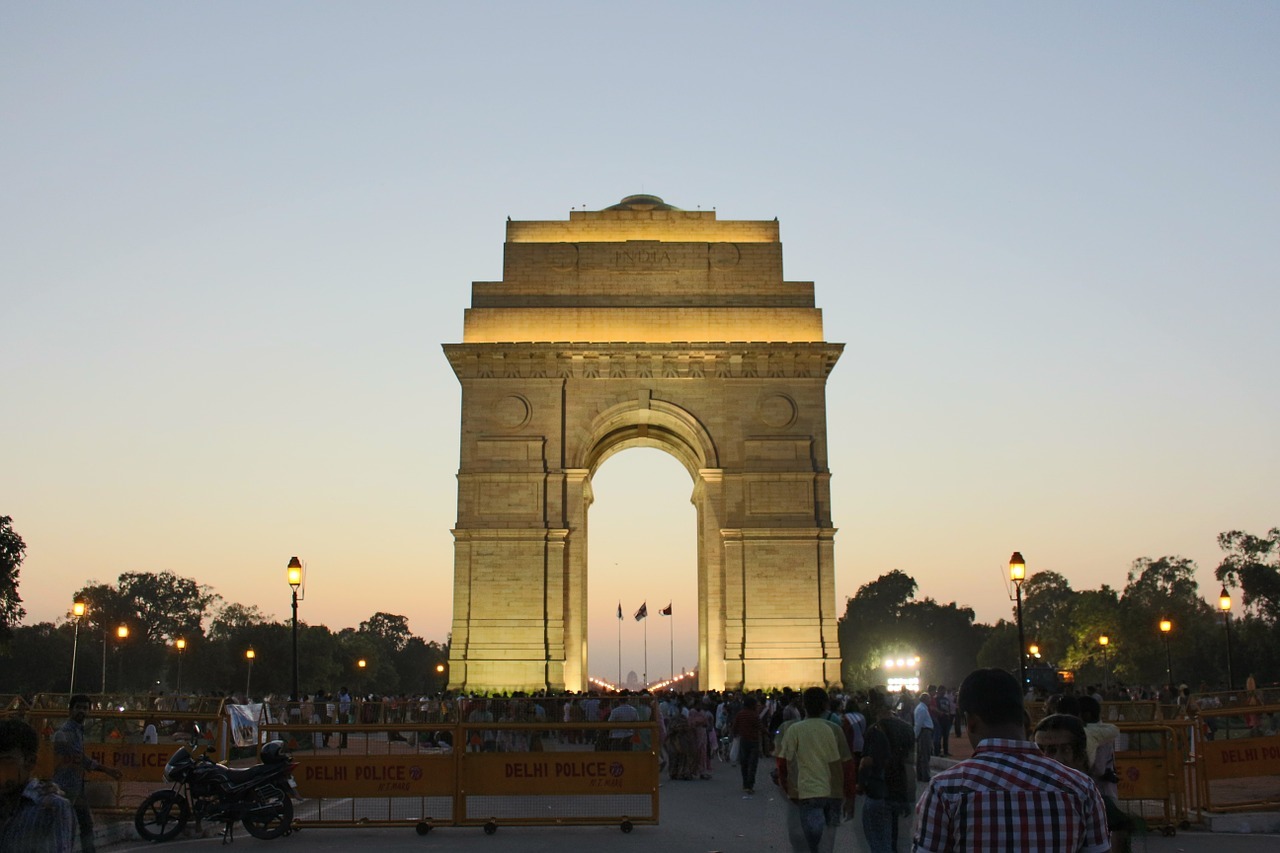 Spend the day on a privately guided full day tour of Old and New Delhi which boasts spectacular monuments and holy sites. The city of New Delhi was designed in the typically British colonial style, with tree-lined avenues and colonial bungalows. This tour takes you to the Laxminarayan Temple, a modern Hindu temple, and the famous Gate of India, which is a 42-meter high War Memorial Arch. On route you drive past the Parliament House, the secretariat buildings and the Vice Regal Palace that is now the official residence of the President of India. Visit the Red Fort which was the palace for Mughal Emperor Shah Jahan's new capital, Shahjahanabad, when he moved his capital from Agra to bring prestige to his reign. Its wall is 1.5 miles long, and varies in height from 60 to 110 feet. At 72.5 meters, the Qutab Minar is the tallest brick minaret in the world. Surrounding the building are many fine examples of Indian artwork dating back to 1193. Afterwards view the Humayun's tomb, which is a complex of buildings of Mughal architecture dating to the Slave Dynasty (1268-1287 AD). The complex is a World Heritage Site and the first example of this type of Mughal architecture in India. This style of mausoleum is similar to the Taj Mahal in Agra. 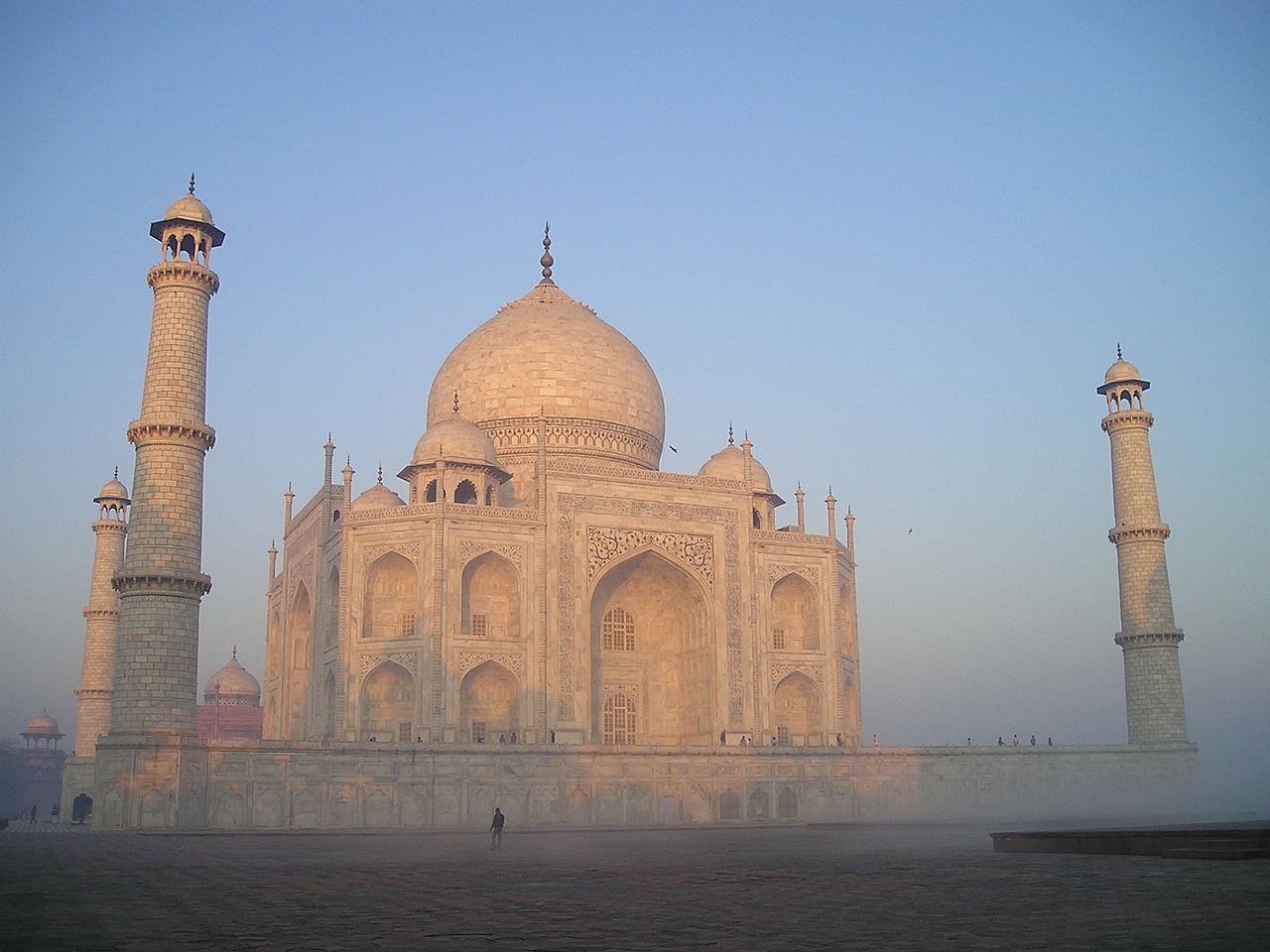 Meet your driver for a private transfer to Agra. The drive will take approximately 4 hours.

Heritage Trail of Agra takes you behind the scenes of the life throbbing in the shadows of the Taj Mahal, something that most visitors miss. A local youth from Agra, who is trained as a tour facilitator, will be guiding you along the trail. Learn about historical facts, listen to anecdotes and let your guide show you scenic spots from where you can take some amazing shots of the Taj from across the Yamuna River. The Heritage Trail leads you to some of the lesser known river front monuments such as the Ram Bagh, a paradise garden. It is one of the oldest Mughal Gardens built by the first Mughal Babar. You also visit the Gyarah Sidi (11 steps), an observatory that is said to have helped the early Mughals study star constellations and the Humayun Mosque. It is a rare remnant of pre-Taj architecture. Meet locals living in Agthe area, who will let you get a glimpse of their lives. Many of the beautiful gardens such as ones in front of the Chini ka Rouza are maintained by local residents. Another highlight of the trail is the village of Kachhpura where children perform street plays for visitors at the central courtyard. If you wish you can get a henna tattoo, an ancient Indian body art. The Indian girls here can draw some exotic designs. Henna tattoos temporary body designs using natural herbs only.

Sprawled over 35 acres of luxurious gardens, and in close proximity to the Taj Mahal, ITC Mughal is a fitting tribute to the great Mughal builders of the past. The only Indian hotel to have won the prestigious Aga Khan Award for its excellent representation of Mughal architecture, the property boasts the 'Khwab Mahal' wing - Palace of Dreams. The opulent rooms and suites that resemble Miniature Palaces recreate a paradise for the contemporary Mogul- full of splendor and perfection which was the hallmark of the Mughal Dynasty. 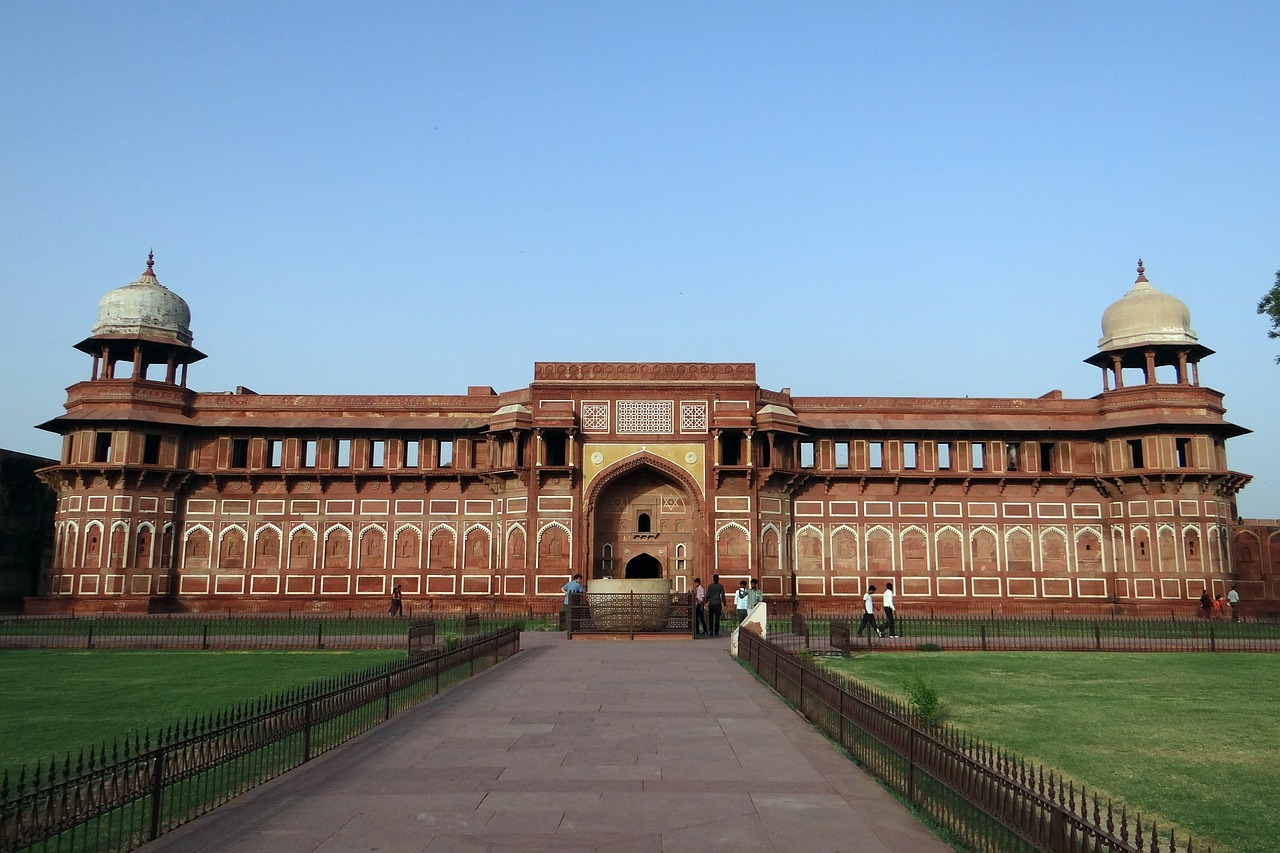 Today your guide will pick you up from your hotel for a private tour of Taj Mahal, the most beautiful monument built by the Mughals, the Muslim rulers of India. Taj Mahal is built entirely of white marble. Its stunning architectural beauty is beyond adequate description, particularly at dawn and sunset. It was built by Emperor Shah Jahan in the memory of his dear wife and queen Mumtaz Mahal. Also visit Agra Fort, built of red sandstone and marble. This great monument of red sandstone dominating a bend in the river Yamuna, two kilometers northwest of Taj Mahal was constructed by the Mughals during 1565-1571.

While at the Taj Mahal, a professional photographer will take your photograph in front of the iconic landmark, so you can avoid the need for selfies! You'll get to leave with 2 framed photographs for a special keepsake of your spectacular trip. 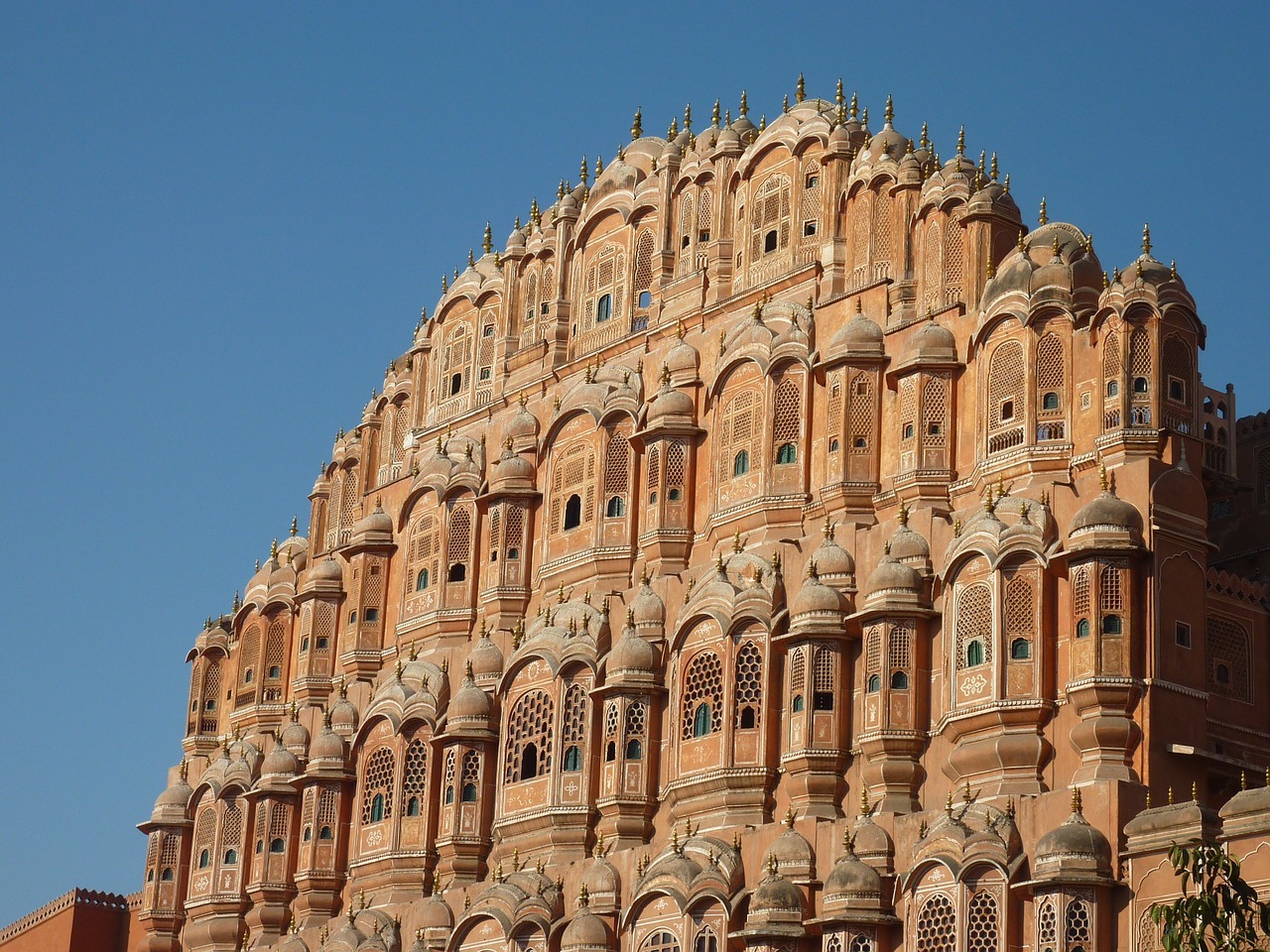 Transfer to Jaipur with private vehicle and driver. On the way, visit ancient ghost city of Fatehpur Sikri. Built during the second half of the 16th century by the Emperor Akbar, the "City of Victory" was the capital of the Mughal Empire for only some 10 years. The complex of monuments and temples, all in a uniform architectural style, includes one of the largest mosques in India, the Jama Masjid.

Set out by private transportation for a traditional activity as you learn an essential local skill, where the men receive pointers on how to wind a turban and the ladies learn how to transform 6 yards of silk into a deceptively simple looking sari. You'll also be treated to a henna tattoo on your hand (temporary). Up to 2 hands are included, so either 1 hand each, or one person gets both hands decorated!

The Jai Mahal Palace is set amidst 18 acres of beautifully landscaped Moghul gardens, and dates back to 1745 A.D. A masterpiece in the Indo Saracenic style of architecture, it blends spotlight-grabbing opulence with tantalizing comforts that transport guests to a world of Rajasthan magnificence. It is located downtown, close to the main shopping center and historical monuments. Spend the day today in the company of a knowledgeable English speaking guide as you tour the Amber Fort and City Palace of Jaipur, the iconic Observatory and the Hawa Mahal.  The magnificent Amber Fort was established in 1592, and remained the citadel of the Kachhawaha rulers right until they moved their capital to Jaipur in 1727. Maharaja Man Singh I created this imposing monument on the remains of an ancient 11th-century fort. Since the first half of the 18th century, the City Palace has been the abode to the rulers of Jaipur. The sprawling expanse of the breathtaking palace is a superb harmony of Rajput and Mughal architecture. Part of the palace has been converted into a museum, open to the public, while a section - Chandra Mahal - still remains the home of today’s maharaja.  The Observatory of Jaipur is inscribed on the World Heritage List as "an expression of the astronomical skills and cosmological concepts of the court of a scholarly prince at the end of the Mughal period". Within it, the Jantar Mantar is a collection of massive astronomical instruments, built of local stone and marble. Each instrument carries an astronomical scale marked on the marble inner lining, and bronze tablets were also employed.  Built in 1799, the whimsical Hawa Mahal - Palace of Winds - which adjoins the Palace has become quite the city icon, with its ornate facade in pale pink, tiered baroque like build, projecting ‘jharokha’ windows and balconies with perforated screens. These were designed so that the mysterious veiled ladies of the harem could look down upon the colourful and bustling bazaars below, remaining hidden themselves. Overlooking busy streets, it offers great views of the city.

Day 7: Jaipur
Meet your driver for a private transfer to Delhi. The transfer takes approximately 5.5 hours.

Terms, conditions and restrictions apply; pricing, availability, and other details subject to change and/ or apply to US or Canadian residents. Please confirm details and booking information with your travel advisor.

From the museums of Madrid to the fabled architecture of ... more

Discover the charms of Rome and the seductive natural won... more

Capitalize on this exceptional pairing of South America&#... more