I​n my role as a Travel Professional, I have the unique privilege of learning about travellers' experiences and their insights.

Every individual is interesting and has a unique story. A few days ago I had a wonderful chat with an avid traveller and client. His story kept running through my mind, so much so that I asked permission to share his story with you.

After 8 months of planning, researching, and arranging their life schedules, Dad and his two adult daughters were finally ready for their big adventure: a two week, unassisted hike across Baffin Island in the Canadian arctic! 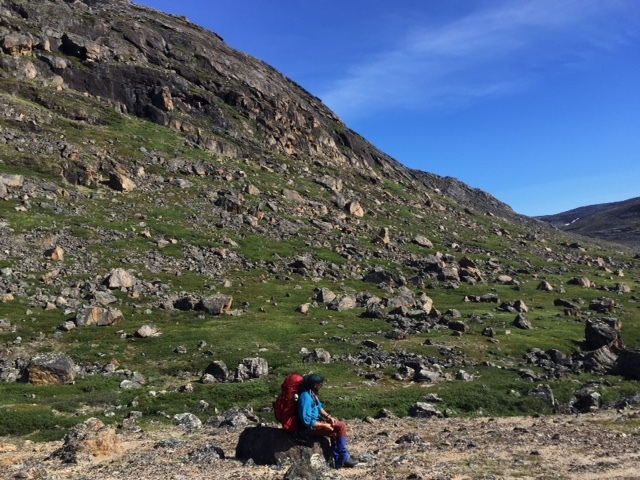 As with all great adventures, there are always unforeseen challenges, and the trio experienced their first hiccup right out of the gate. When checking in for their flight at the Calgary airport, the baggage agent denied the transport of their ultra-light cook stove. There was more than one moment of frustration, which was quite understandable, as part of their preplanning included verification with the airline that travelling with a stove was permissible.There whole trip depended on the reliability of a good stove as there is nothing to burn in the treeless arctic landscape. Despite their pleas, the airline gave them the lose-lose choice of leaving their stove behind or cancelling their flights. Rather than let the heat of this frustrating moment prevail, Dad said "Let's look at this as just the first of many challenges on this trip. Letting it bother us won't solve anything. Let's put it behind us and focus on solutions. We'll figure it out."

In hindsight, Dad said that initial challenge was actually a blessing because it set the tone for the mindset they all would need to complete the trail ahead. They did have to find a stove in Iqaluit which ended up being more cumbersome and less efficient, requiring more fuel and costing them space and weight in their packs. It also meant that they lost a day of trekking, as they had to re-arrange their departure with an Inuit family that had agreed to take them across Frobisher Bay by boat to the shoreline where their hike would begin. But, in keeping with the theme of their adventure, they figured it out. The journey consistently provided new challenges - recalculating their direction, crossing raging rivers, inclement weather, swarms of mosquitos, equipment failures, and overcoming physical aliments brought on by weeks of hiking. The Itijjagiaq trail is a travel corridor, not a trail. You have to pick your own route. Several times each day they had to make decisions about the best route to take, and when they faced unexpected obstacles they had to make a decision whether to go through it, over it, or to backtrack instead. Sometimes they made the best choice, and sometimes they didn't. The best part of the trip in Dad's eyes was not the arctic scenery (which was absolutely incredible), but working together with his girls on how to best face each new challenge. 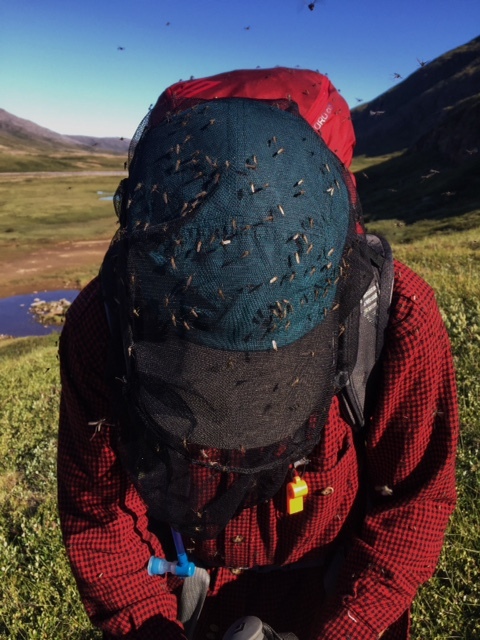 The hike was 120km long 'as the crow flies' and took two weeks to complete. It was a Sunday morning when they arrived at their final destination, the small town of Kimmirut (population of 389). They heard church bells ringing long before the town came into view. They joked that there must be a big celebration for their arrival, but everything was quiet as they walked down the unpaved main street. Only a few curious small children came to check out the newcomers. However, soon they were followed by several young men who were keen to meet the two new female visitors.They asked the girls where they were from and how they arrived in town. Initially the young men were unbelieving upon hearing that they had walked there from Iqaluit. "There's no way!" one said, "You're girls! I couldn't even do that!". Dad witnessed two big smiles lighting up his daughters' faces. It was the perfect ending to their adventure. They beamed with confidence as they shared details of the hike with their admirers. The growth in confidence and self esteem that he witnessed in his girls over those two weeks made all of the effort of the trip so worthwhile.

Listening to his story, I realized that this proud Dad had given his daughters a lifetime gift. Within them they have what it takes to take on any challenge, step by step, and when something appears to go sideways they have the experience, confidence and rational to “Figure it out.”

Start your trip to Iqaluit, Nunavut

Saddle up for an Equestrian Adventure with National Geographic

You know the old saying: 'If wishes were horses…' Well if... more